Dating Rule 101: Listen To Them

Finding true love on the internet is nearly impossible. After countless hours of answering questions and refining your search terms, you are left with a handful of matches at best. Like bullets in a gun, you want to make every message count. Take the time to read the biography of your potential new love interest. Take a glance at their special interests and desires. There may be specific instructions on what not to say in your first message. These are called Dating Rules. It’s important to follow them if you ever want a message returned to your inbox. Online dating is always evolving. Now you swipe left or right. No more content. Just pictures. You’re picking your next dating partner based on looks and 140 characters. That’s not enough information. 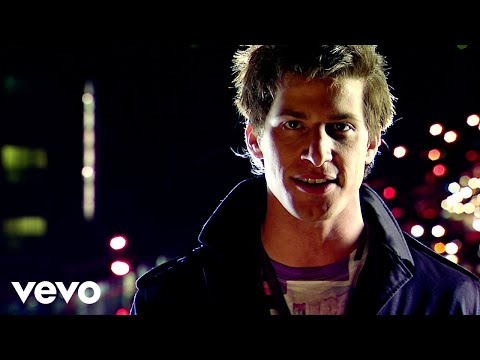 We’ve all seen those profiles where the line has been drawn in the sand. Do not message me if you say “ur” and “hey baby, can I get a pic”? It’s a clear message from a person with moral hygiene and integrity. They are looking for love and romance. It’s almost as if you’re receiving a free answer on today’s love quiz. Take the extra credit and improve your chances. That seems like the logical thing to do when online dating. Welcome the information you are given and use it to craft an amazing opening message. Sweep that special someone off their feet. If you can master this dating skill, you’ll have a few dates lined up in no time. However, I’ve been thinking about the reason why those warning messages exist in the first place. Are there really people out there who cannot read a couple sentences in a biography and follow some instructions? Are you only reading the screen name and instantly becoming horny? I’ve never seen a screen name and thought to myself “Oh, I’m gonna explode“.

I’ve heard people refer to online dating as a numbers game. That is a poor and lazy excuse to describe dating. To an extent, online dating is a numbers game because you are going to be talking to a lot of different people. What most people forget is quality is better than quantity. Quality messages can be worth more than copying and pasting the same message to a number of individuals. I’ve discovered that people I’m interested in, while online dating, have at least two or three friends on the site. So they talk and share information. Knowing that piece of information proves my point. It’s okay to message two friends on the same site. Unless they link to each other you will have no way of knowing if two interests are friends in real life. Putting some kind of effort into your opening message proves that you’re willing to get to know somebody. That’s huge in a world referred to as a numbers game. You’re basically telling this person they are not a number to you. After all, you’re supposed to be finding that someone special, right?

Here’s the other part you might be missing. Let’s say you do write two friends. Maybe they’re both interested in you. That’s a good thing. After they talk, one friend usually gives the other their blessing to move forward and respond. If you said the same thing to both of them, that will be discussed too. Once they realize your “game” or strategy to online dating, you immediately lost both of them. If you want a chance with one of them, do yourself a favor and write a quality message. How special are you making someone feel by copying and pasting the same message? People can tell if you’re copying and pasting. Be bold. Make a statement. Let them know you read their profile and you’re willing to meet them at least halfway. Follow their online dating rules.

Just be yourself in your profile. I’ve seen people go to great lengths in order to write the perfect profile biography. I know a guy in Las Vegas you could pay to write an interesting description of you. Yes, people like Hitch exist. Love and matchmaking is a multibillion-dollar industry. Being unique and standing out is the entire point of online dating. New apps like Tinder and Bumble are picture based. You see a couple pictures. If you’re interested, you read one or two sentences in their description. It’s definitely a shallow dating pool for sure. Your pictures should compliment your few short sentences. You’re telling a story. It’s the story of you. You’re also selling yourself online.

I say it’s a shallow pool because someone is judging you based on appearance before getting to know you. Which is fine when you’re young. But don’t we all want to grow old with somebody. Don’t we want our lives to be filled with love forever? I think all dating websites should have an aging generator built into them. You upload your photo and it ages you 60 years. Then people can judge if they want to be with you forever. Like, really forever.

Speaking of location-based services, I’m not a fan of using dating website searches. It all comes down to the distance you’re willing to travel in order to meet somebody. As if I’m going to find my soulmate within 5, 10 or 25 miles from my current residential address. 50 miles would make sense. However, you’re basically searching a quarter of the total size of the city. In the online dating search, when it asks you “within how many miles?,” it makes me feel like I’m searching for the closest ATM. I feel like I’m about to go to a strip club but I need to find an ATM and pull out some Benjamins. To be completely fair I found my soulmate within 25 miles of my working residential address. While I worked for a mortgage company, I would check my dating profile from time to time. I wrote my current girlfriend Jill. There are a lot of things I hated about working for that Mortgage Company. All those have been overturned after meeting the love of my life. She’s also the mother of my children.

That is why I believe in soulmates and destiny. I choose faith over religion every single time. That is why I read every word on every profile.

One word changed my life.

Do you believe a single word can change the course of your life? I do. It happened when I met Jill. I read the about me section of her profile. I was genuinely interested in her. So I decided to read her entire profile a few times. In one of the following sections, there was a word that stood out to me. It was the same word an ex-girlfriend used on her online dating profile. You know, the one I found while we were together. Yes, I believe in destiny and fate. I believe everybody and everything in your life is there for a reason. If you pay attention to your life, you’ll be given the answer. Maybe not now, maybe not later, but eventually you’ll figure it out. I was living in Portland Oregon with an ex-girlfriend. We live together for a while. We met in Reno. She decided to move to Portland. I quit my job and followed her. We moved to Tigard and I got a job at a local Target. It was nothing fancy. Just seasonal work. I lived with her for 3 months in a tiny studio apartment. The last week I was in Oregon, I spent it alone.

She had gone to her sister’s wedding in Phoenix, Arizona. I was not invited. I was asked to watch our place and to take care of her dog. I was happy to do so. At the time, I thought she was the one for me. I wasn’t worried about anything. Until my computer died one day. It wouldn’t turn on. I didn’t have the money to fix it. I called and I asked if I could use her computer. She said yes. It was dumb luck what happened next. She gave me the password to the computer. Unlocked the screen and there was the Safari browser. Open for the whole world to see. She was logged in to a BDSM website. She had used my favorite picture of her as her default profile image. Her headline read “Looking for my Master“.

I lost my mind

I was fine until the master. I knew what the word meant. That was what she called me. I spent the next 2 days reading every message and every profile. Torn to pieces, I read on. The word Master has always stuck with me for some reason. Because it was used against me. It’s always been bolded in my brain. In giant fucking letters. That was the word shaped and molded into a knife. It was used to hurt me. At the time, it was the worst breakup I’ve ever had. Imagine finding your girlfriend on an alternative Sex website, trying to replace you. It’s a lot like Toy Story. Old toy out, new toy in.

This is why I believe in fate and destiny. Master was the one word on Jill’s profile that caught my eye. Jill is just like I am. Descriptive with her words and seeking something specific. Every time I read her profile, my attention arrived to the section of her profile containing this word. I read the same section over 500 times. It was the one word I used to formulate my first response to her. Seeing how we have two children and are soon to be married, you can take this advice as proof that I know what I’m talking about. Or at the very least, the facts which I’ve based this article around. I read her profile for days. I took a genuine interest in everything she had to say. I made her feel unique. I stood out. I made an effort. That’s the real secret to online dating. You’ll find somebody perfect for you, if you take the time to look. I do not think it’s possible to find your soulmate by quickly browsing through a bunch of pictures and making a split-second decision.